19:00
Residency of the Swiss Ambassador in Stockholm

The photos of the event are available below.

The Geneva Water Hub and the Platform for International Water Law of the Faculty of Law of the University of Geneva have the pleasure to announce the publication of the Geneva List of Principles on the Protection of Water Infrastructure with its Commentaries. This document was presented during a dinner discussion on “Water, Armed Conflicts and Peacebuilding” at the Residency of the Swiss Ambassador in Stockholm on 27 August 2019.

The report can be downloaded below. 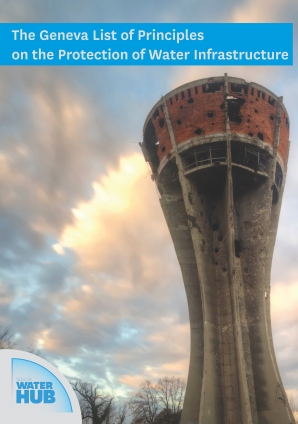 On the occasion of the presentation of the Geneva List, a new interpretation of the Symphony for Water and Peace was launched. This new version was played by two Swedish artists, Ms Åsa Larsson and Mr Rasmus Diamant. As the Symphony for Water and Peace has been composed progressively as the GHLPWP convenes in different continents, this new interpretation symbolizes a step for the implementation of the Panel’s recommendations.  Indeed, the Geneva Water Hub believes that art, and in particular music, is a powerful symbol and inspiration for all efforts to make water a source of cooperation and peace.

As a teaser, you can listen to a sneak-peek of the recordings from the rehearsal of Ms Åsa Larsson and Mr Rasmus Diamant below.