As our first collaborative resource between the International Secretariat for Water - Solidarity Water Europe (ISW-SWE) and the World Youth Parliament for Water (WYPW), we would like to share a series of contributions from the WYWP on their impact on the 8th World Water Forum in Brasília which took place between 18 and 23 March 2018.

by Alex Whitebrook - Board Member

Arriving in Brasília for the 8th World Water Forum, the intense heat and dry environment immediately brought the scarcity of water to mind. As a city that has long dealt with its own water problems, Brasília created a great opportunity to help resolve existing issues.

The Forum itself was an interesting experience. The WYPW actively collaborated with the Swiss delegation, one of the most active stakeholders at the forum. Promoting their cleverly branded movement of “Blue Peace”, the WYPW helped facilitate the open discussion of transboundary water management issues.

Many other governments were represented, though one of the largest pavilions belonged to the Senegalese, who have been given the task of hosting the next World Water Forum. The WYPW actively engaged with the Senegal delegation in order to ensure adequate representation of youth there, which will be guided by the theme “Water security for peace and sustainable development”.

In many ways, the Geneva Water Hub website is a preemptive space for discussion of youth involvement at the next World Water Forum, and of course for water and peace. 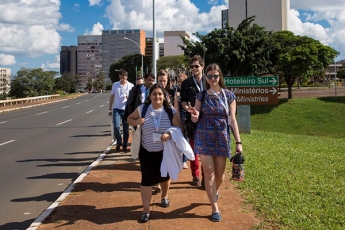 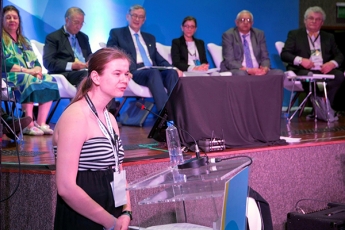 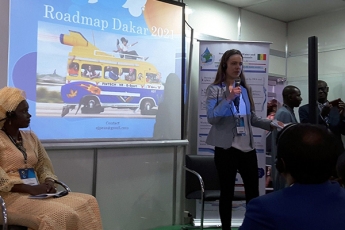 Involvment with the Blue Peace Movement

Working closely with the Swiss Agency for Development and Cooperation (SDC), we took our General Assembly’s theme of “Water and Peace”to heart and engaged with the Blue Peace Movement on several occasions.

In one of our first sessions as youth delegates, Swiss state secretary Pio Wennubst (State Secreatary, Swiss Federal Department of Foreign Affairs) introduced us to the concept of Blue Peace and invited us to share our own visions of how water can contribute to a peaceful society. We also got to critically assess the last draft of the Ministerial Declaration, key political output of the World Water Forum, and assist the Swiss delegation in strengthening its call for the recognition of the connection between water and peace. The wide variety of contributions, from the emphasis on cooperation over water across administrative and generational borders to (re-)connecting with nature and valuing the importance of water not just for us, but also for a varicoloured range of ecosystems, showed the significance of this discussion beyond mere politics.

The series of Blue Peace Talks hosted at the Swiss pavilion gave us ample opportunity to make our voices heard and to join the discussion on the role of youth in the Blue Peace Movement. To strengthen the position of youth to make a positive impact, we need better education and training opportunities and enhanced intergenerational exchange so we can learn from the older generations and share our own visions with them. As “digital natives”, we also need to embrace modern technology and leverage its power to connect people across the globe. 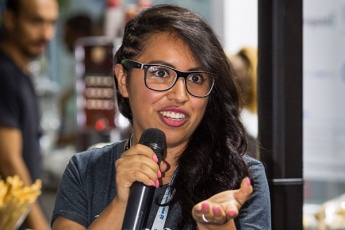 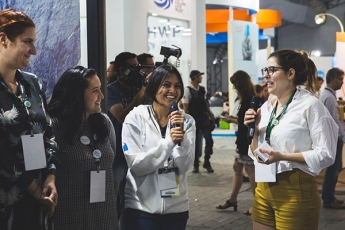 Meeting with the indigenous community

Brazil had quite a number of experiences that touched our hearts as a Parliament, but the one that stood out the most was our visit to the indigenous community; The Sanctuary of the Shamans (Santuário dos Pajés). Nothing prepared us for this visit, leaving the sheltered world of the city centre, we arrived at an apartment complex on the outskirts of Brasília. On one side of the road there were condominiums and on the other was the entrance to an indigenous community.

Although our hosts showed joy in meeting with us, as indigenous people of Brazil their lives and resources are constantly threatened by the Brazilian government. We could not ignore the sorrow, suffering and injustice that this community and many other indigenous communities face. We saw once water-rich lands with flourishing springs that were now completely dry, filled with tractor marks and sewage tanks.

This community taught us the meaning of strength, gratitude, perseverance and determination. Each of us took turns sharing our stories and expressing our gratitude for their knowledge as our eyes were opened for the first time to the hardship that they face - a stern contrast to our blessed and privileged lifestyle. This has never been our reality so we can only empathize and join their fight for water and peace. 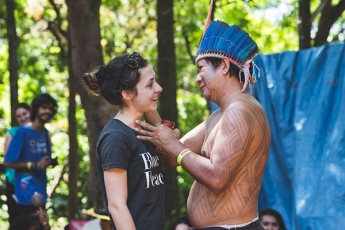 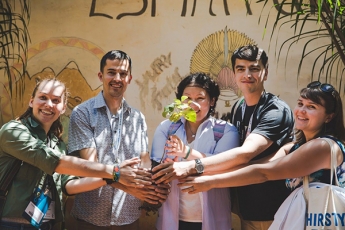 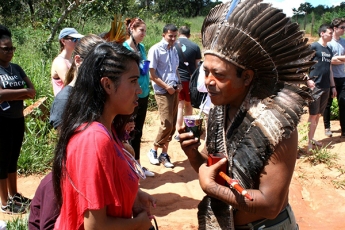 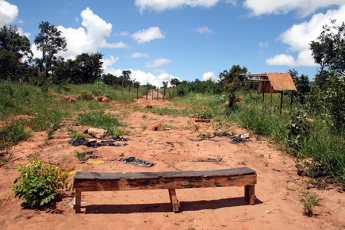 During the assembly, the Parliament elected a new board of young water leaders. The board will advocate and act for water around the world, while mobilizing youth and supporting change. Board members are elected to three year terms, during which they uphold the founding Principles of the Parliament and work towards action on all levels. 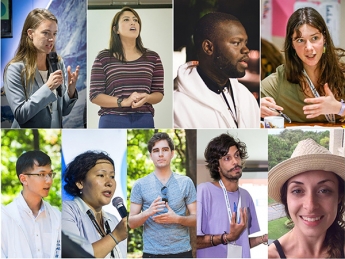 Youth for Water and Peace